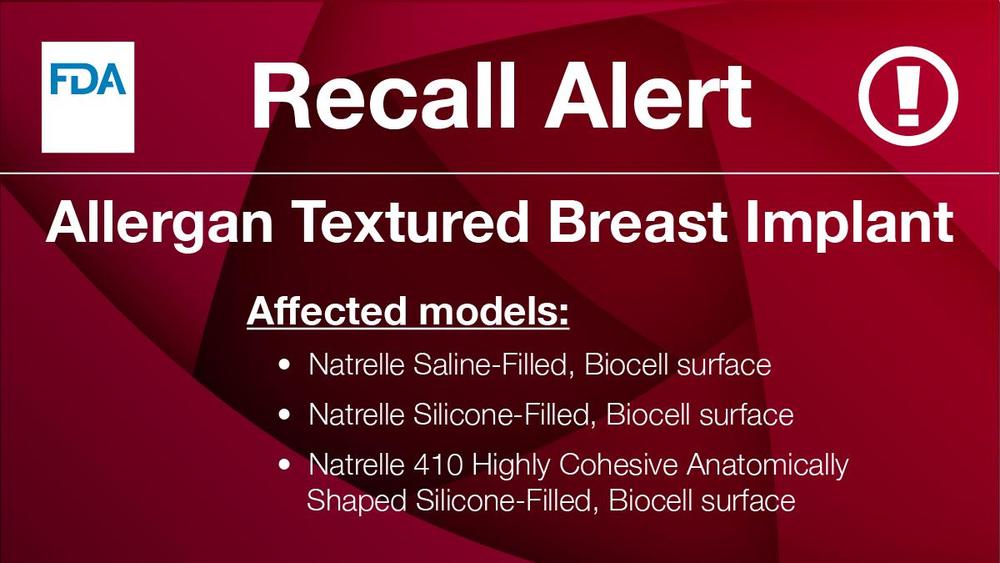 On the 24 July 2019, Allergan announced a worldwide recall of unused stock of their BIOCELL textured breast implants and tissue expanders and the suspension of any future sales. BIOCELL devices are used typically as part of reconstruction following mastectomy or for non-cancer related cosmetic procedures.

The decision to recall the devices was taken following notification to the company by the U.S. Food and Drug Administration (FDA) of their recently updated global safety information. This information showed a link between a newly described type of lymphatic cancer called Breast Implant-Associated Anaplastic Large Cell Lymphoma (BIA-ALCL) and Allergan BIOCELL textured breast implants.

On the 9 October 2019, the Health Service Executive released a statement stating that 8000 women in Ireland who received BIOCELL breast implants have been or will be written to regarding the link between these products and the rare type of cancer.

The last time the BIOCELL textured implants and tissue expanders were used in Ireland was in December 2018 therefore women who had the products inserted after this will not be contacted. While the risk of BIA-ALCL is low, women with breast implants, especially textured breast implants, have a higher risk of developing . Of the 573 worldwide cases of ALCL associated with breast
implants identified by the FDA in July 2019, 481 are attributed to Allergan BIOCELL implants.

The symptoms of BIA-ALCL, a rare type of non-Hodgkin’s Lymphoma, include:
In the United States, the FDA were the first to analyse worldwide data on Allergan BIOCELL implants and conclude that continued use of the products could result in detrimental effects to women’s health. The Medicine and Healthcare products Agency in the United Kingdom issued a Field Safety Notice in August 2019 to women who had the implants. Since the recall, class actions have been filed in the United States and cases are also being pursued by affected women in the United Kingdom and
Korea, among others.